The only ID I had was my Road ID. 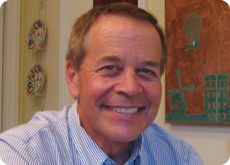 I was returning from a thirty mile bike ride, at dusk. I was only two blocks from home.  Heading west bound, an east bound car made a left hand turn, broad siding me.  I was unconscious for over 20 minutes.  I awoke in an ambulance on the way to the hospital.  My wife was on a trip to Africa, so nobody was home.

The only ID I had was my Road ID.  Thankfully, it listed my two daughters' phone numbers and my home number.  The first responders saw my Road ID on my wrist as they were cutting off my clothes and providing life saving measures.  They called my daughters and informed them of my accident and what hospital I was being transported to.  My Road ID enabled my daughters to get to the hospital shortly after my arrival.  As a result, they were able to approve the necessary procedures.

EMTs from the fire department and the ambulance crew were impressed with the Road ID and said that it would make their jobs easier if everyone had such an ID.

The important thing is I survived a terrible accident, though I am still on the mend.  My Road ID provided information that I was unable to give. Realistically, it was at least 24hrs before I was able to answer questions.

The bottom line: Road ID is cheap insurance...you really cannot afford not to have such an ID system.