The car came out of nowhere! 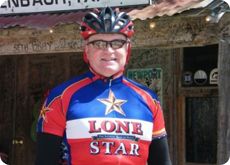 I was running early one morning on Marco Island, Florida.  I realized that I left my hotel room without my Road ID.  I went back to the room to retrieve it. I had just purchased a new Wrist ID Sport to replace my 4-5 year old Ankle ID. I was running on a sidewalk facing traffic when Iapproached a controlled intersection and looked around; seeing no vehicles I made my way into the intersection.  In that split second, I heard an engine gunning and saw headlights coming directly at me.  It was a car that seemingly came out of no where.

I hit the car’s fender just behind the front left tire.  I rolled into the windshield and down the side of the car.  Lying in the street I watched the car slide into a ditch.  It stopped about an eighth of a mile down the street.  I then looked behind me and saw the scariest sight yet: the front bumper of another car screeching to a stop within 1-2 feet of me.

The driver jumped out of the car asking if I was OK.  Fortunately, I was able to stand up.  In our brief conversation, she delivered the shock of the day.  Suprisingly, she had not seen me get hit. She slammed on her brakes only because she saw a flash of light directly in front of her car.  As we talked, it became clear that the reflective stitching on my Road ID had just saved me additional injuries, if not my life.

I knew that I needed my Road ID in case I could not speak for myself in an accident.  But I never dreamed that the reflectivity of the Road ID band would save my life.

I try to be a safe runner and monitor my surroundings. That morning I learned that it only takes is a split second to have the worst happen.

Update:  The original driver sped off as soon as he saw me get up.  I survived the accident with only a few bruises and a case of road rash.  I have since ordered the Firefly Supernova light and belt for use during my early morning runs.