My Road ID saved my life TWICE in four days! 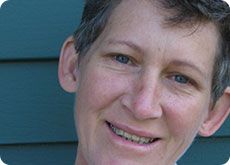 I want to take this opportunity to say thank you. My Road ID has saved my life TWICE in the past four days! I am highly allergic to bee stings, and unfortunately, I have been stung twice while at work as a landscaper.

The first incident happened when I hit a clothesline in which the bees had built a nest inside the pipes.I was immediately stung on my wrist, but I was able to at least tell my co-worker to call the EMTs. When they arrived, the first thing one of the EMTs said was, "She is wearing a Road ID," and the Police Officer asked to read it. Together, because of my ID, they were able to know right away that I have an allergy to Acetaminophen. When my co-worker asked if there was anything he could do to help, the Officer simply replied, "I got all the information we need from her medical bracelet.”

The second incident, another sting, happened when I accidentally hit a ground hive, and was immediately surrounded by hundreds of wasps. When the EMTs and Officers arrived, my co-worker was very happy to tell them that my Road ID contained all the info they would need. Though I did recover, it took a whole five days for me to get back on my feet, but I am doing very well now. I was hoping my Road ID would never have to be used, but I'm very glad it was!

My Road ID is the greatest gift I have ever given myself!