If only I had been wearing a Road ID! 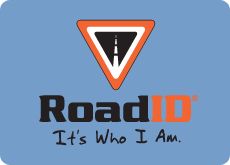 During a half marathon 2 years ago, while in a foreign country, I had an unfortunate accident...with no form of ID on me. We were running along the Dead Sea, and even though it was February, the temperature reached about 100 degrees. I was at kilometer 18 out of 21, and the last thing I rememberis seeing the finish line in the distance. The next thing I knew I was in a hospital 3 hours from the race. The Israeli military had flown me in a helicopter! In a panic, I asked one of the nurses if I could borrow a phone to call my father who had been waiting for me at the finish line. I still feel terrible to this day that he had to spend hours trying to track me down. If I had used Road ID, they probably would have found him and told him what was happening much sooner.

All is fine now -- I continue to run and I can now finally take my old driver’s license out of my pocket and use my Road ID, which gives much more information to a local responder.

Thanks, and great idea...